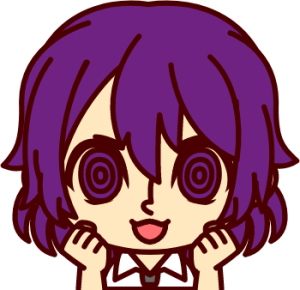 The multidimensional (Tajigen) Khaiden, is a sentient star-cluster brought into human(ish) form for the worlds of VTubing, idoling and more. Apart from videogame and chatting livestreams, Khaiden also produces vocal covers, Kamen Rider-related content, and more!

Khaiden Tajigen existed as one being brought about by the minds of many and now they share the beauty and madness of such a cosmic existence.

Unknown to most civilizations, the stars themselves are actually sentient, intelligent beings. Star-clusters are an even more transcendent mind since they combine multiple individuals into one while still retaining each's individuality.

Furthermore, the particular sentient star-cluster that would go on to be known as Khaiden Tajigen, existed in multiple dimensions at once. All the stars linked in this star-cluster existed not only in one dimension, but many.

Thus, they were an existence unlike any other. It didn't take long for them to see the many iterations of humanity, and the magic of virtual worlds and the idol-like figures that VTubers are. One thing led to the other and they decided to "descend" into a human-ish existence and eventually take on the form of a VTuber.