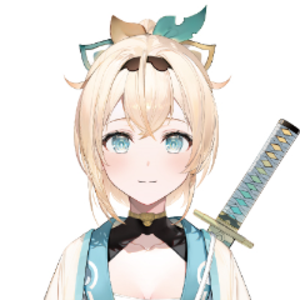 Kazama Iroha is a female Japanese Virtual YouTuber associated with hololive, debuting as part of its sixth generation under the name of "Secret Society holoX" alongside La+ Darknesss, Takane Lui, Hakui Koyori and Sakamata Chloe. Iroha is a soft-spoken and playful, but somewhat clumsy person. Many fans describe her as the most "seiso" member of her generation and one of the most "seiso" in hololive overall besides members like Tokino Sora, though Iroha doesn't think of herself as such. She is also sometimes described as a muscle brain person; in the first holoX meeting collab, she was the only one who didn't describe herself as the smartest member among her genmates.

Kazama Iroha's YouTube channel was created on 12 September 2021. Her Twitter account was also created in September 2021. She was first revealed as part of holoX, the sixth generation of the Japanese branch of hololive, in an introductory video posted on 26 November 2021 at noon JST. She made her first tweet at the same time, saying "gozaru," a Japanese language copula associated with samurai. She made her debut stream on 30 November 2021 at 9pm JST, the fifth and final -holoX- member to debut.

Hailing from a remote mountainous area, she left her home behind and, along with her companion, set off on a journey to achieve her dream of seeing and learning more about the outside world.

Nowadays, she handles security detail and bodyguard missions for holoX, making enough money to get by.