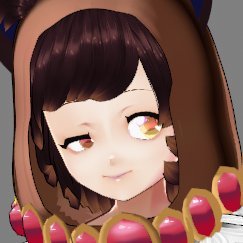 Suris is a Male Neko streamer, who streams through a female avatar covering politics, philosophy, and gaming.

He advocates for LGBTQ rights and frequently comes into conflict with those who would do marginalized groups harm.

He has an absurdist personality, typically responding to friction with chaos, and allowing his livechat to take streams into wild directions.

Even the female Vtuber persona was brought on by his viewers, having started out with a male PNG years ago.

Long ago there was a very short and pudgy guy dressed as a shaman who argued about philosophy a lot.

Eventually, those who enjoyed his musiings convinced him to become a genderbent neko, and thus, here we are.