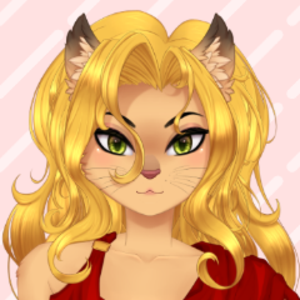 Kali's streams tend toward the "chillstream" style, with a calm voice and a casual, gently paced approach to gameplay. She uses occasional adult language and innuendo, but lewdness or swearing isn't her focus; most stream content is "safe for work" or under-18 friendly.

Once a fearsome, zealous knight of a noble house, Dame-Armiger Kali Ranya came to realize the injustice of the feudal society she'd been born to serve, and broke ranks from church and crown. She now turns her sword to defense of the vulnerable as a knight-errant.