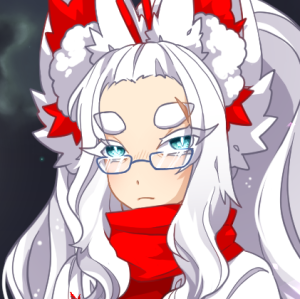 Kit strives to make low-energy marathon English content through Twitch featuring a selection of several mainstay titles with occasional forays into variety content, casual art and chatting streams, and occasional storytelling or reading streams. They are associated with multiple groups and communities of indie VTubers, though they hold formal positions among Team Selmeria, as well as Fluffy Fiction Teahouse, and tend to share company from among the friends of Castle Ranya. They often hold a somewhat aloof or tired demeanour and aim for making generally calmer-flavoured content for quieter audiences, though they are not shy of engaging in collaboration or cooperative streams with fellow VTubers in and around the aforementioned Team Selmeria, Fluffy Fiction Teahouse, and Castle Ranya. According to the lore they've included on their Carrd, they were born "during the late spring to early summer, the season of rice-planting, on the year five-hundred and two", and consider their birthday to be on May 14th. They measure from heel to ear-tip a total of 211cm (6'11"), and 233cm (7'8") when including sandals.

As a VTuber who enjoys writing they have a long and storied lore, though to summarize simply they are an ancient nogitsune or akuko (fox-spirit) "whom is tired of being automatically taken for a villain simply on account of [their] species", and streams to relax in between their duties in protective association with a certain governance of the afterlife, after several reincarnations and a long life of being pursued by exorcists and other individuals that would see the old fox annihilated.