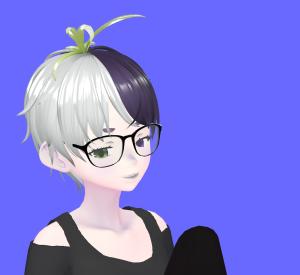 Turnip is a twitch streamer that primarily streams Super Smash Bros Ultimate. They main Young Link. Turnip also plays VRChat and Life is Strange, and occasionally dips their feet into Minecraft with their friends.

A talking turnip from an unknown plane, they stumbled into Michigan after a strange rift opened up while they were playing video games. Turnip was quickly discovered by a small group of scientists who were monitoring the area Turnip appeared for disturbances in the gravitational field. The scientists captured Turnip, and subjected them to cruel experiments. At one point, the scientists decided to test how Turnip's DNA would react to a direct injection of a strange chemical called NGE. Preliminary results seemed positive, so they proceeded to directly inject Turnip with this substance. Nothing initially seemed to happen, to the scientists clear disappointment, however after several minutes, Turnip began screaming in agony. This did not cheer up the scientists, and in fact, the scientists seemed mildly concerned. When Turnip began growing at an exponential rate, however, their furrowed brows raised in joy. Turnip's limbs sprouted out, becoming full arms and legs, and eventually they became a full sized human person. Months passed, and Turnip got bored, so they decided to plan a daring escape from the facility. After escaping the facility through insane luck, a little skill, and a heaping dose of plot armor and lazy writing, Turnip turned to Twitch to make money doing the only thing they really know how: playing Super Smash Bros Ultimate.