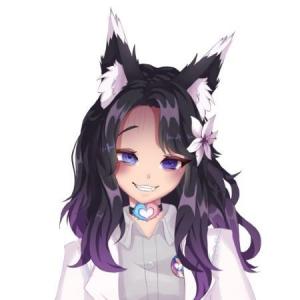 Lilium is a fox girl variety streamer on Twitch who focuses mostly on games with strategy, puzzles, deck building, and action. A favorite of hers is Monster Hunter games. On normal days she wears her lab coat on stream, which has trans pride DNA strands on it to remind her of all that she has accomplished, but on occassion she will instead be dressed in a maid outfit.

Once a normal human, Lilium became fascinated with science at a young age. While in university, her devoution to her religion, The Church of the First Fox, caused her to seek a way to become an ideal being accord to her religion, by gaining a fox's tail and ears. During an "accident" her goal became a reality, however, she quickly lost funding for her reckless experiments. She now works whatever jobs she can while also working as The High Priestess of her religion, and streaming on the side to share the Floofy Glory of The First Fox with all.