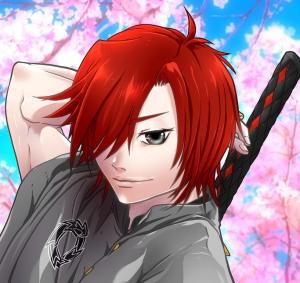 Weeb Bender is an individual streamer, and typically streams from 7 PM - 10 PM EST. You can find his schedules on his discord! https://discord.gg/eJmjZtEc6h

Hero, Protector, Guardian, Legend. These are words the Weeb Bender would probably call himself, however I think it's the boundless confidence mixed with stupidity talking. He awoke one day, with faded memories, and only one name to go by, Weeb Bender (ridiculous, I know). He didn't know how, or why, but he knew he was incredibly different from his peers.

With his right eye, he could see the future! One might think this was a blessing, but far from it. The things he saw were akin to nightmares. He saw good people massacred, sometime he witnessed his own death. It terrified him, brought him to the lowest point. But after some time, he realized why he had been given this ability.

He quickly acted on these visions, working tirelessly to ensure they never came to pass. He began to see it as a gift, rather than a burden. But with disaster at an all time low, he realized something.

He purveyed his options, but one stuck out to him. He could be a streamer! In this world, there existed thousands of magical, and fantastic people that put themselves on the internet for money, so why couldn't he? He did small jobs, and earned enough for a PC. He ordered all the equipment, and began his journey as the Weeb Bender, a goofy, slightly unhinged, bullyable, and slightly down bad Content Creator.