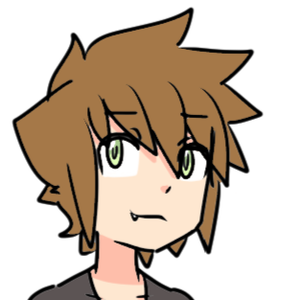 Jordan Sweeto is a male VStreamer and VTuber who streams himself playing games, and is English-based. He is often wholesome, and has a notable Goofy impression. Prior to his debut, he regularly streamed with the first version of his model, with his first Youtube stream being on June 25th, 2020. Starting with his debut, he began using a new version of his model with updated graphics.