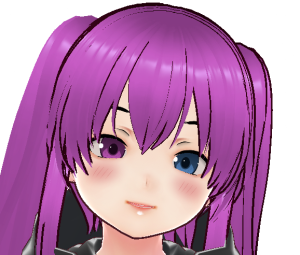 Sam is a Femboy VStreamer that goes by He/Him and he loves space games, chilling around with friends, and more. Sam likes to wear hoodies and thigh highs. He is mostly known for his personality.

Started on the 27th of March 2017, sam turned on his XBOX 360 and decided "What if I'd stream my minecraft gameplay". So he took his phone, opened youtube and hit record. 4 years into youtubing and he wasn't liking it. That's when he discovered Twitch, he saw many people that did the same thing as him.

Sam asked for a PC for his birthday, which he wanted for playing with his friends and stream. Sam, curious of knowing how twitch worked, decided to install OBS Studio on his brand new PC, while that was downloading, he created a twitch account, watched a tutorial and so on. OBS finally installed, he quickly copied and pasted his stream key onto OBS and started streaming. As of right now, he is loving it