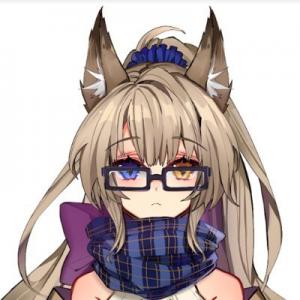 Nekomata Luxia is a female Virtual YouTuber and Streamer who makes content in English. Her main focus is achievement hunting and news reporting focused around Gaming, Technology, Science, and Virtual YouTubers.

Overview Luxia Antonella Wright, Luxia for short, is a genetically engineered cat girl who is half human, half Norwegian Forest Cat. Specifically a nekomata, Luxia has two tails that often are confused to be one due to their extreme fluffiness. Luxia was genetically engineered in a scientific facility simply known as the ‘Laboratory’ which is a secret facility located somewhere in the United States. Having a large interest in engineering and science, Luxia conducts many experiments at The Laboratory with the help willing test subjects and assistants.

While Luxia has many test subjects around to keep her company in the Laboratory, she eventually created two siblings for herself to keep her company and to function as her family. The first one of her siblings is Lexi, and she is the most like Luxia in looks. Slighty shorter than Luxia, Lexi is about 178 cm and has a wildly different personality to Luxia’s. Lexi enjoys the guilty pleasures in life and loves to be pampered, often going to spas and salons at an unhealthy frequency. Luxia’s brother on the other hand, aptly named Bruhxia, is wildly different in looks compared to his two sisters. Bruhxia stands about 188 cm tall as well but is extremely muscular and has a biological male body. Bruhxia is most unlike Luxia and has a obsession with working out and something he calls ‘Gains’. Bruhxia spends most of his time working out and playing Call of Duty but from time to time joins Luxia on workouts.

Outside of her interest in science, Luxia is also an avid gamer and prefers to play games that are especially challenging like the Dark Souls series or just about any game on their hardest difficulty. Due to this nature of wanting to challenge herself Luxia has also developed a large interest in Speed Running and has started to speed run Doom 2016 herself. Luxia also has an avid interest in cooking and loves many different types of food. Luxia’s favorite food beyond everything is Sushi, and she especially loves Salmon Skin Sushi. Her other favorite foods include Bananas, Oreos, and almost any type of fish.

Physical Traits Luxia is a Norwegian Forest Cat breed and is engineered to be half human and half cat. Luxia is quite tall, standing at about 188 cm (6’ 2’’) and weighs roughly 75 Kg. Luxia possesses two extremely fluffy tails and a pair of heterochromatic iridium eyes that are identical to cats’ eyes. Luxia has many more feline traits like having increased agility, being especially good at running short distances, and extremely good hearing. On her back, Luxia has the tattoo of her ‘barcode’ that reads N5394012 and is used to identify her by her creators.