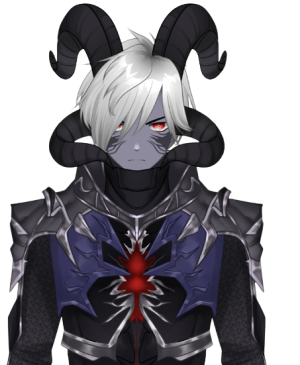 Killer is a Demon Vtuber straight from the depths of the underworld that resides in the 4th umbral plane.

An Incubus that speacializes in the delivery of pain and suffering of people with questionable sexual desire. Born as one of the Children of the dark angel Azreal, Killer spent most of his childhood as lowly Imp in service of his Father. He did not wish to remain a lowly Imp for the rest of his days. He was ambitious wishing for a seat of power of his own. After quickly rising through the ranks of the Demonic Horde he was granted the rank of Demon Lord of 4th Umbral Plane.

While he enjoys his work punishing the sinners of earth, the work of a head toturer can be rather tiresome. Even a demon needs a mental health day and after being summoned by a mid 20s college kid from the US he decided that he wished to entertain and corrupt the denzens of earth, and partake in the much enjoyed pass time of the game Final Fantasy 14.

While he still has to work within the bowls of the underworld as an obligation to his father. He still enjoys work he does Livestreaming and corruption the denizens of the Earth.