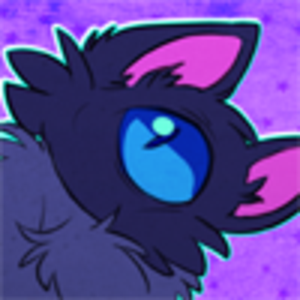 Hailing from a world that resembles a generic RPG setting, the character Eyecat is a mischievous and villainous slime monster who dreams of one day achieving world domination. His penchant for evildoing means that many of the games he streams fall into the 'horror' category, though he's also been known to draw and play puzzle games on stream.

Known for a flat and (generally) calm voice, Eyecat is easily mistaken for a chill vtuber... Until put into a competitive situation or collabing with other streamers, where he tends to get easily riled up and swear a concerning amount.

Eyecat is a member of the streaming group Evil Live.