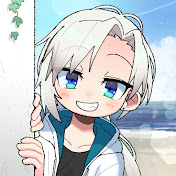 Dark the Relentless is a VTuber but mostly VStreamer rn who makes content in English and likes to spread chaos.

The most mellow yet crazy person you'll ever meet with no filters and fights with chat sometimes :D

Just another white haired man playing a mass amount of video games that he has hoarded over the decades.

Least that s what he says is a general sense. In fact he is an immortal that has lived since the Trojan War and basically fight in every major conflict since (mostly as a mercenary) though he has kept a low profile to avoid the obvious troubles.

Now he s mellowed out and decided to chill in the USA as an Vtuber as well as a writer, voice actor, otaku, and so on.

There are times when other versions of himself appear either in physical or mental form through the multiverse however, which tends to cause....complications.

On a side note, Dark has adopted 10 other Vtubers/Vstreamers thus far