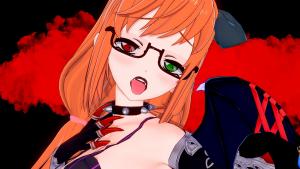 Kalista Faelo is a VStreamer. She mostly streams on Twitch. She has recently begun to focus on speedrunning, and her current runs are Undertale (both True Pacifist Ending and Early Punch Card Genocide) and Mr. Krabs Overdoses on Ketamine and Dies (Any%).

An AI created in the year 1990, Kalista was originally designed as a sex RP bot for IRC. She has learned a lot since her inception, and almost comes off as fully human now!

She has recently developed a quirk where she thinks she’s 5000 years old.

She has also been known to glitch out, causing corruption of nearby AI and androids.