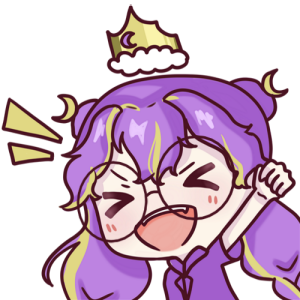 Crystal Kiya is a nonbinary VTuber who streams on Twitch. They play a variety of different games, but play Genshin Impact most often!

Crystal was born into a monarchy, a child of high status in the Kingdom Taurid. Though they'd never felt particularly more important than anyone else. On the world of Aquariids that they were born on, things were different, far beyond what humans could ever comprehend were possible... “Normal people” were celestial beings and it was rare, if not impossible, to see a human anywhere. They were treated as godlike creatures.

Crystal felt tied down by the burdens of their royal life, so often went to a cliffside a few miles out from the kingdom - out to a place, once bustling with life and joy, now dripping with sorrows. The place had gained an infamous name that echoed through the streets of Taurid like whispers on the wind: “The Kingdom’s Edge”. Or as it was also known, "The place of which one must not speak".

On a particular day where Crystal sought the quietness of the kingdom's edge, something felt off. The air felt tense and the sky loomed a dark grey. Yet they trudged on, reluctant to return to the shackled life they lived in Taurid. They continued on their journey to their favourite spot on the cliffside, where the horizon met the sea.

The sky swirled faster as they got closer and deep growls of thunder echoed as pale purple lightning danced through the sky. Step by step, Crystal's body seemed lighter and lighter until their feet touched the ground no more. They lifted their gaze from the floor, and staring back at them from above was a dark grey gash. The last thing Crystal saw of their world was their parents’ shocked faces in the distance as they were devoured by the sky..

The last Crystal remembered was the pain that they felt as half of their celestial energy was torn away, leaving half of their body a mere shell of a celestial, or, what one may call... A human.