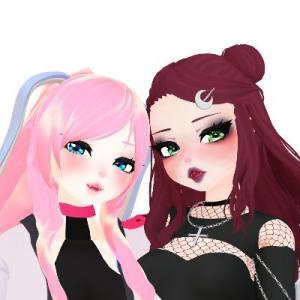 Ari Lambert streams on both Chaturbate (February 29th 2020) and Twitch (March 23rd 2020) and is known for being the sweetest bitch you'll ever meet. She is a wererabbit and has made clear she does not like to be seen as an AI. She also hates the Word "Simp" and has banned it in all her streams. Ari is a multiverse themed vtuber as of 2022 with multiple models consisting of variations of herself from other universes!