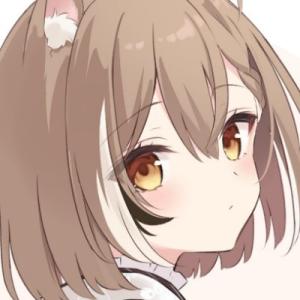 Nanashi Mumei) is an English-language Virtual YouTuber associated with hololive. She debuted in 2021 as part of hololive -Council-, the second generation of members of hololive English, alongside Tsukumo Sana, Ceres Fauna, Ouro Kronii and Hakos Baelz. At debut, Mumei gave the impression of a cheerful, gentle girl who is soft-spoken and somewhat innocent, especially when compared to her peers. She was initially very shy and often visibly nervous during streams. However, as she has gained confidence in streaming, a different persona has emerged. Mumei’s streams are now characterised by the duality between a relatively low energy, relaxing, and comfortable tone to another side which is more spontaneous and energetic; with her often demonstrating psychopathic tendencies in these moments. Though the disparity between her macabre thoughts and cute voice surprised many at first, the line separating these two sides has since blurred to a point of seamlessness – with Mumei’s appreciation of the grotesque and ‘cursed’ being wholly embraced by Hoomans today.

This can be seen clearly whenever Mumei is asked to draw something; no matter what the original subject was supposed to be, Mumei will often end up drawing something Tim Burton-esque at best, and outright demonic at worst. Some fans theorize that this is simply what observing the accumulated sins of human civilization for thousands of years does to a person. Despite this, she can be rather emotive, and is known for her hearty wheezing laugh, which is often heard during collabs with Ouro Kronii due to her tendency to laugh at nearly anything she says. She often vocalizes and hums randomly, which has been compared to bird chirps or "birb noises." She's also somewhat scatterbrained, and has a tendency to forget things easily. At debut, Hakos Baelz described Mumei as having the cutest voice in hololive -Council-, though she has also demonstrated a rather unexpectedly wide vocal range, along with a tendency to emit high-pitched screeches when surprised or agitated.[6] Her fans and even other members of hololive, particularly Ceres Fauna, have developed some degree of protectiveness for her, due to her soft nature giving a "little sister" vibe, though Mumei's later behavior would eventually create uncertainty as to who needs to be protected from whom.

A member of the Council and the Guardian of "Civilization," a concept crafted by mankind.

As a living embodiment of the sum of mankind's efforts—the mark that humans have left on the world—she is far removed from her fellow members, as well as other lifeforms. Due to not being created by the Gods, she was free to choose her own appearance, and decided to make herself owl-like, after the bird that symbolizes wisdom.

She is gentle, wise, and an unbelievably hard worker. As a well-traveled vagabond, she is blessed with a wealth of knowledge of the world. She has seen, heard, and experienced so many things that she has forgotten most of them, one of them being her own name.

For some reason, she seems to project a rather pitiable aura. Perhaps this is in part thanks to the loneliness she has often felt in her perennial travels. That is what gave her the idea of making her own friend out of a material that was indispensable to the development of human civilization: paper.

"It may fade and rip, but once a friend, forever a friend."