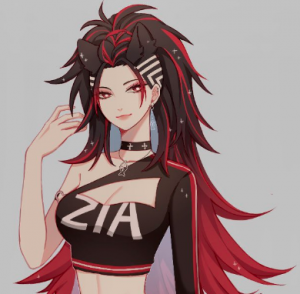 Zia is a hellcat VStreamer who mostly plays Dead by Daylight and Genshin Impact. She sometimes also plays a wider variety of games, such as Phasmophobia, The Witcher 3, FPS games, and more. She also does music and sings and raps every now and then, posting covers and parodies. She hopes to release original music soon.

Zia is a 2024-year-old hellcat who was cursed into her current form while pursuing a mage who owed Lucifer their soul. She was originally a hellhound.

For more lore, you can see her writing at her tag on Twitter #zialore (https://twitter.com/search?q=zialore)