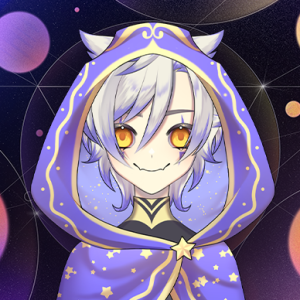 Taiki Hino is a male Virtual Streamer who makes content mostly in Spanish. He generally does variety gaming streams and just chatting streams on Twitch.

He lived in a world filled with misery and poverty, with a government who persecuted all magicians for the complete extinction of magic as a whole. One day, he sought to create a teleportation spell as an escape method; this experiment failed, and instead teleported him to another world in which a certain tiger took care of him. He lives a peaceful life now but wants to go back to his world to save it from the extinction of magic.