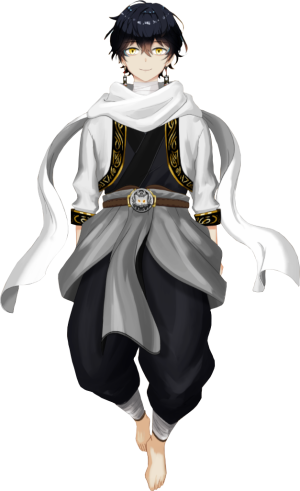 Silent Eagle streams speedruns, longplays of RPGs, and other variety gaming content on Twitch. He often focuses on the Yakuza and Shin Megami Tensei series.

A thief who was framed and exiled from his homeland, left to wander the endless deserts of his world. He is constantly traveling to find a new home, robbing merchant groups along the way for survival and rebellion. Sometimes joins adventuring groups to explore the ruins of the world, both to find treasure and potential shelter.

One day found a way to see other worlds past, future, and parallel. He saw a wondrous world of aliens, robots, dragons, and other mythical creatures all cherished as entertainers. Seagle then decided to become one himself to give himself a sliver of hope in an otherwise desolate world.