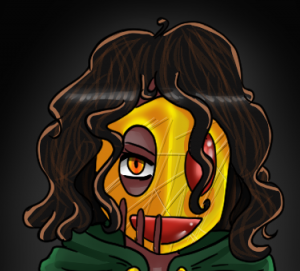 Mawly Maws is a VStreamer who makes content in English. Formerly a creepypasta character, she has (somewhat) retired the knives and that sort of stuff and taken up a pencil, and spends most of her stream time drawing either commissions or FanArt of other VTubers. Her Birthday is on June 19th, and she's a Gemini.

Of note is her somewhat regular "Fanart Roulette" streams, where she chooses randomly from a wide list of VTubers to draw a piece of fanart for, usually within one stream.

She also does streams on picarto, where she's allowed to draw more adult content.