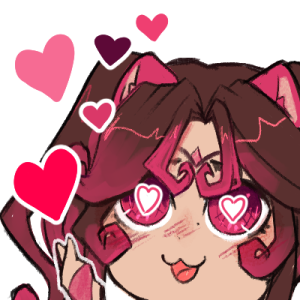 Mareuseu is a English VTuber and variety streamer who primarily streams video game, art and vocal synth (Vocaloid, SynthV) music production content which she releases under the name of 'Odotter'.

Born in the middle of the Bermuda Triangle, Maddy ‘Mareuseu’ Odotter IV is a beloved sea otter princess who became untangled from her safe kelp net and drifted far from her ocean kingdom during her slumber, waking to discover that she’d washed up on the picturesque shores of Australia. She has since been unable to leave after the country closed their borders. Left to her own devices, she has decided to begin streaming in hopes that one day the signal will reach her family in the Bermuda Triangle.