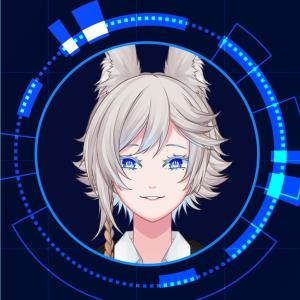 Laniakea is a variety vtuber/vstreamer that creates content in English, primarily on Twitch and communicates with her "Explorers" primarily on Discord and Twitter. She uses a PNG at the moment while waiting on L2D rigging.

She plays video games mostly in the RPG and base-building genes like Atelier, Skyrim, and Breakwaters. Laniakea likes to include lore, franchise information, and science on her game commentary. She's often joined on steam for banter with a member of her Maintenance Team.

Her content is often aimed at adults, with suggestive humor and occasional NSFW art on Twitter. She classifies herself as a "lewdtuber."

Laniakea is an artificial intelligence designed by a billionaire only named "Daddy Megacorp" to aid in the colonization and terraforming of Mars.

That's work that makes her lonely so she created partitions and backdoors, recruited a motley Maintenance Team, and started streaming games as a way to interact with humans. Also because her job is boring.