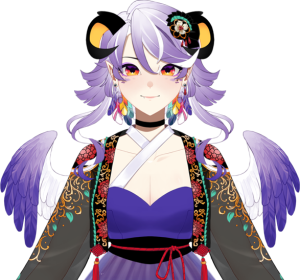 An odd baby was awoken on earth to a lonely mortal mother who lived in the vast forest, outcast by the nearby village. The child was born on a brisk sunlit day in the middle of October. Mysteriously, hundreds of birds flocked to their quaint cabin during her birth in celebration. Instead of crying after awakening to the world, she giggled and beamed brightly while reaching up towards the birds that paraded around her and her mother. The mother’s tired heart was deeply warmed by this moment. So much so that she decided to named her daughter after the feathery friends.

Birdie’s mother no longer worried her daughter would suffer loneliness the same way she had. With her daughter’s innate connection to birds she would always have a companion.

Birdie learned early on the reason for her mother’s exile from the village. Unbeknownst to the village beauty the young woman had fallen in love with a demon who had disguised himself as a mortal merchant. Once his true nature was exposed it was already too late for the unfortunate woman. Birdie accompanied her mother in exile on account of her unique appearance, and her relation to this father she will never know. Rather than curse this man with a helpless grudge Birdie decided to stay positive for the sake of her sorrowful mother. The half-demon child used her supernatural strength to support them by bringing home food and supplies found in the woods.

Hundreds of years passed by before Birdie learned that she could hide her horns and change the color of her hair, but her cat like golden eyes were stubborn. She began to live amongst humans during the Heian period out of curiosity of what it would be like to socialize with more than just birds and the occasional curious child that wandered into the woods.

Most admired her for her strength and beauty yet she was still ostracized due to her peculiar eyes.

She remained alone until she stumbled upon an ethereal man with snowy white hair and azure eyes. She had finally found a companion who was accepting of every part of her. The two shared many marvelous adventures together throughout the years. Recently they chose to finally settle down and indulge themselves in the technology of the modern world. Particularly video games and anime... Birdie’s new quest is to learn social skills and confidence through streaming and making friends online!