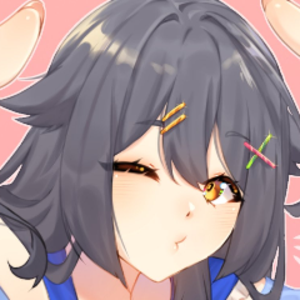 Winyaboo is a Limbryan race who spent his life hiding his true identity, until a day when everything changed.

The story begins in a small village, where a baby was left to die. The owner of a bakery hears the sounds of a child's crying in the surroundings and decides to investigate, upon leaving, finds a basket with a child of the Limbryan race, one of the most feared breeds on earth, for being beings with animal aspects and abilities, they end up terrifying the bravest of men. The woman decided to stay with the little child, looked after her as if she were her own daughter, but she always forced the girl to wear baggy clothes and hoods, because she knew that if they found out about her secret, they would murder the little girl.

Years have passed since then, the girl grew up and her name was none other than Winyaboo! One of the most lovable and beloved girls in the village, everyone admired her kindness. One day, while everyone was doing their jobs, there were children playing near the deepest well in the village, and unfortunately, one of them came to slip and fall, but winyaboo was nearby, ran quickly, more than a human can, and jumped into the well, saving the child! However, during this time, her hood had fallen and she revealed her abilities, everyone in the village was seeing her ears and animal tail, and in awe they ran away, winyaboo, with tears in her eyes, ran into the dark forest that was near the village , the limbryan girl was so hurt and with so many tears in her eyes that she didn't see what was in front of her, she ended up slipping and hitting her head, falling into a deep sleep. When winyaboo woke up, she was in a completely different place, with a different shape, her animel ears and tail were gone, her body had changed, and now, without even knowing it, she had terrifying power over her hands.

The Winyaboo journey begins, she seeks to understand what is happening to her and the world around her that has completely changed and, obviously, the way to home.