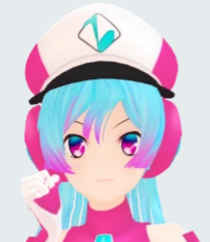 VIBE is a female Brazilian Virtual YouTuber who makes content in English and Portuguese. She debuted on 20 March 2019. VIBE means a person’s emotional state or the atmosphere of a place as communicated to and felt by others. As a character, VIBE is bright, cheerful and has a happy-to-go attitude towards life. She first appeared as a UTAU in 2012 but later appearing as a VTuber. Her birthday is 04 November 2012. Her height is 158cm. She weighs 50kg. Her zodiac sign is Scorpio.