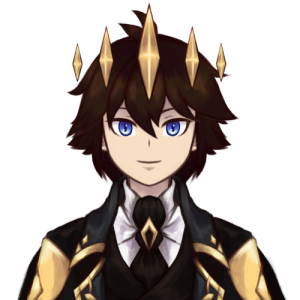 VaporMagik streams a variety of content, mostly games. Is known to have interesting redeems and interactive streams.

In the beginning there was nothing… or was there? Before the universe came to be, there existed a small group of celestial beings. They had spent an unquantifiable amount of time in void, mostly playing I spy. After realizing how boring this was, they came together and founded what you now know as.. The Universe.

The group went out to experiment with the new matter and atoms, creating galaxies of unimaginable beauty.

One celestial, Vapor, would eventually come across early earth. He looked at his reflection in a puddle of water and wondered if he could create a being in his image.

He channeled his energy, and created 5 elementals. Earth, Water, Fire, Air, and Energy. He taught his children and helped them master their power and after the mass terraforming, they realized that this empty rock had been transformed into a world full of life.

Vapor can be seen in ancient writings and even in present day, hiding amongst humans. Currently in semi-retirement, he enjoys many of Earth's foods, experiences, and people.