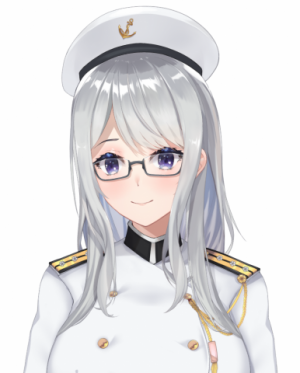 A Mute Malaysian VTuber who first appeared on the 11th of June 2020, Valryia streams games and the occasional art/chatting stream on Twitch. Val mostly streams comfy games with other VTubers and communicates in English, Malay or Japanese

Valryia's origins are unknown, with many 'witnesses' describing Valryia's appearance as 'out of nowhere' or as a 'miracle' when Valryia's ship, the 'Invincible Sovereign' appeared over the city of Meredith, rescuing the beleaguered citizens from the enslaving mega-corporation, Liase. Valryia and the Invincible Sovereign then were instrumental in the liberation of the whole planet of Edenia from the grip of Liase. Valryia and Edenia's woes are not to end there however, soon following the liberation a second crisis enveloped the whole of Edenia; The Mass Exodus Due to an unknown phenomenon, the orbiting star; Paradisia detonated prematurely, resulting in the sudden destruction of Edenia The city of Meredith was fortunate to escape but was soon embroiled in a conflict between space scavengers called the 'Marauders'. It was in this conflict which Valryia, now an Edenian Grand Admiral, lost all ability to speak due to battle injuries. Now as the city of Meredith roams the universe in search of a new home for the Edenians, Valryia remains as one of the many voices of hope for the citizens by entertaining them.