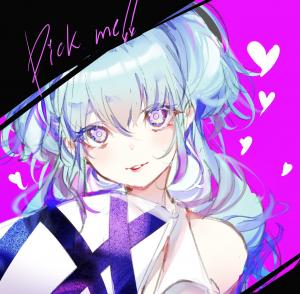 Urara is a female VTuber who makes content in English. She is a member of Tsunderia and part of its staff as part of the "Backdoor Generation". She had originally debuted on 31 August, 2020 on Twitch as an independent VTuber, but after taking a break she redebuted with a new model on YouTube as part of Tsunderia on 14 February, 2021. Her mama is @kinokohime777 and her papas are @mag1_p and @mqrokoko. She is a sea slug. Her content involves chatting and gaming streams. During her chatting streams, she often discusses various aspects of the VTuber industry.