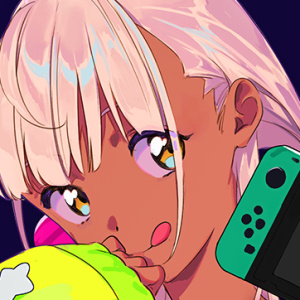 Tsukumo Sana is an English Virtual YouTuber associated with hololive. She debuted in 2021 as part of hololive -Council-, the second generation of members of hololive English, alongside Ceres Fauna, Ouro Kronii, Nanashi Mumei and Hakos Baelz. Tsukumo Sana's debut was scheduled for 22 August. However, the -Council- debuts were postponed for 24 hours due to unspecified technical issues, which members jokingly blamed on the "EN curse," a perceived tendency for hololive English members to suffer from unexpected technical problems. The debuts were rescheduled at the same time on Sunday 22 August (US/Europe time) or Monday 23 August (Japan time). Sana's debut stream reached a peak viewership of over 84,000. During the stream, she removed her limiter and grew to her natural massive size, throwing Earth out of orbit.

However, her viewers somehow survived, and she was still able to stream long enough to sing Seikan Hikou, a song from the popular science fiction anime Macross Frontier. On 5 September, her channel got approved for monetization. On 22 September, a video that looked like a teaser for lore between Sana and Ina was uploaded to Ina's channel (but Sana made the video) in the end the video was used to announce Sana's first official collaboration with another member outside of her generation. Sana went on hiatus for most of the month of February, due to what would later be revealed as a back injury which made it difficult to sit up to stream. Following her Pokémon Legends: Arceus stream on 1 February, the only stream on her channel that month was a Valentine's Day card stream on 14 February.

On 11 July, Sana announced that she would retire from her activities on 31 July.

A member of the Council and the Speaker of "Space," the very first concept created by the Gods.

After being materialized in the mortal realm, she began researching astrology in earnest for one particular reason. However, she soon stumbled unknowingly upon the Forbidden Truth, and was turned into an apostle for the Ancient Ones.

"Space" refers not only to this universe we live in, but all dimensions and matter to exist. It is a concept unbridled by definition, and one that continues to grow in scope limitlessly. As it is yet to be fully explored by man, her seemingly strange behavior and speech can be explained away with a simple, "Humanity simply isn't yet ready to understand."

As a side note, despite how she may look, she is quite chi... young.