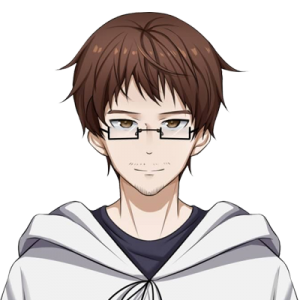 The R-Man, mainly known as Roman, is a male Virtual YouTuber and Streamer who makes content either in English or German. He is from Austria and usually plays any game, he personally enjoys. His goal is to have a unified community, where everybody is treated equally and any toxicity is forbidden.

Roman was once the leader of an intergalactic group, called R-Force.

The R-Force members were characters from different series and their main goal was to protect all worlds and their inhabitants from a chaos-driven maniac, called BR, and an interdimensional traveler, named Ruppet.

One day their super AI, Ai, located Ruppet in an abandon building, suspected to be one of his factories, and the only one going, was Roman. Sadly, Ruppet knocked Roman over and when Roman woke up again, Ruppet finished a dimensional-travel-ritual and transported him to this dimension. When Roman finished his travel, he found out that his powers, which made him the leader of the R-Force in the first place, are gone.

Now Roman tries to find his self from this dimension to perform the ritual and he also knows how: Playing his favorite games and stream it to the whole world, so everyone (especially his self) can see, what he can do (also, he builds another R-Force in this dimension in the process)