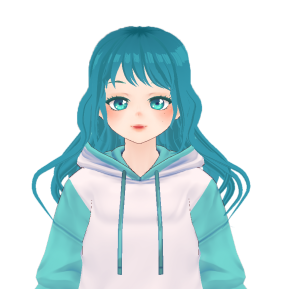 Teal (thecolorteall) is an independent VTuber/VStreamer from the Philippines. She was once a cloud who enjoyed people watching so much, she became one! Teal enjoys playing casual games and streaming art.

Just do not ask the logic behind how that worked. Teal was not too sure herself.

But she knew that it was something that happens, because she was a cloud! Is... a cloud...?

Did Teal still counted as a cloud, when she obtained a human body somehow?

But anyway! Teal could not be bothered by that! Not when there were people to watch!