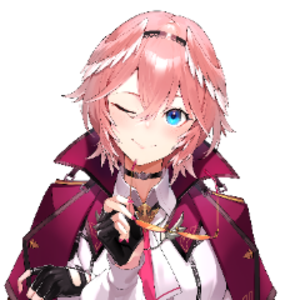 Takane Lui is a female Japanese Virtual YouTuber associated with hololive. She debuted as part of its sixth generation under the name of "Secret Society holoX" alongside La+ Darknesss, Hakui Koyori, Sakamata Chloe and Kazama Iroha. Lui can be described as a "big sister" type person, with an overall gentle but sometimes also energetic and cheerful personality. Due to her relatively level-headed and mature nature, she's often saddled with reining in the antics of her more chaotic genmates, particularly La+ Darknesss and Sakamata Chloe. Like Ninomae Ina'nis and Ouro Kronii, she is quite fond of dad jokes. She can also get easily scared and panicked by anything unexpected; an infamous example was when she streamed Outlast during her early days, which she made a challenge of ending the stream when screamed, she ended up streaming 2 more attempts after failing the first attempt by accidentally knocking down a glass of water.

Takane Lui's YouTube channel was created on 12 September 2021. Her Twitter account was also created in September 2021. She was first revealed as part of holoX, the sixth generation of the Japanese branch of hololive, in an introductory video posted on 26 November 2021 at noon JST. She made her first tweet at the same time, asking 「みなさ～ん、待ったかね？？？」 - "Every~one, will you wait for me???" She was in turn welcomed by Takanashi Kiara into "holotori," the hololive birds. Lui debuted on 27 November 2021 at 9pm JST, she was the second -holoX- member to debut. On the same day, she released her first official cover song "EYE" by Kanaria.

As holoX's point of contact and the one in charge of external affairs, she is the de facto leader of the group, handling matters that the founder cannot.

While she may seem aloof and standoffish at first glance, she is a compassionate person who cares a lot for her subordinates.

Unfortunately, she is also rather prone to screwing up in crucial moments.