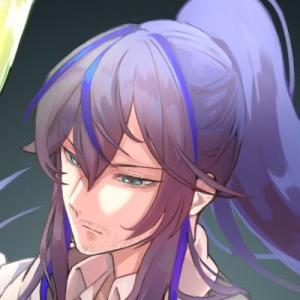 Takahata is an English speaking male Virtual Youtuber who debuted in January 2021, and often does just chatting and gaming streams. He is a bartender, though he does not drink himself and has been sober for a number of years (referring to himself as a "recovering addict"). He has a cool demeanor and relaxing voice. He is a part of Team Four Star, being a co-founder with experience as a creator/co-creator, writer, director and voice actor for several of their major projects like DragonBall Z Abridged, Hellsing Ultimate Abridged, Attack on Titan Abridged and Final Fantasy 7 Machinabridged. He also has experience in streaming. Prior to his debut, he appeared as a guest on Lewdcast, hosted by Projekt Melody, Ironmouse and Silvervale. #Takart is his fan art hashtag for Twitter.

Bartender who is a recovering alcoholic.