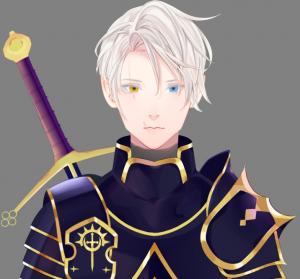 Half-elf knight-errant of the Lion City, from a world found in the space between realities, reaching through the convoluted flow of time to share stories of adventures.

A half-elf knight brought into the Empire as a child, he joined the Imperial Army to follow in the footsteps of his foster father, himself a knight of the Emperor’s personal entourage. Rising through the ranks, he was eventually inducted into one of the Empire’s many knightly orders, and served as part of the Pontifical Guard and eventually his personal Champion. When the Pontifex passed of old age, Sylvaen honorably left his post to embark on a personal quest.