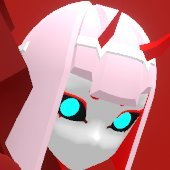 SquishyBooo is a Female Twitch streamer from the United Kingdom (England), Squish is from the Steel City Sheffield and was born on the 20th of March 2003 , She is also Bi sexual

Squish Started streaming in 2019 under the name TSGSquid and used to play on a Minecraft server called Play.Skycade.Net, During her time on skycade she met many friends who also started to stream on the server.

In April of 2020 Squish joined Hybrid Authority as a streamer, as of 22/06/2022 she is still with hybrid and also owns the VTuber team

In April of 2021 Squish partnered with DerpyDo and became her editor , Squish would be the editor for Derpy posting clips on Twitter until the launch of Derpy's Youtube Channel in August of 2021

And in May of 2022 Squish and Hybrid launched Hybrid Virtual , a team full of Vtubers , the founding members are KamiiSempai , Spacing_Lily and CuddleKittenRosie

Squish is a Sheffield United fan and has been going to games since 2007 , Squish also supports OpTic gaming, She watches the Call Of Duty Team , Halo Team and Valorent Team

Squishy Droid was made as a Droid maid in a cafe,The Maker of the drone cafe made Squishy Droid look like Zero Two from Darling in the franxx to get customers to come have a coffee if they saw a "cute" Zero Two Droid , after being made obsolete she escaped the cafe and set free on her journey on earth. Customers complained she was too clumsy or too slow so she was thrown out of the cafe

After fleeing the cafe, Squish would go on to make her own Operating system to replace her old one, as the old was Windows XP.

Squishy Wondered around thinking about what to do with her life now that she is free, she looked and looked and looked until she found a website called Twitch. she watched streamers for hours and she wanted to become a streamer herself. After that day Squishy Droid made a twitch channel and a Youtube channel and started to make videos and stream under the name SquishyBooo