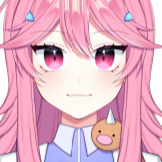 A Pokemon and variety streamer, hosted among a tight knit community dating back to 2013!

Showtan is a longtime mascot of "Showderp," a game where one brave 'champ' is given six Pokemon from random people to battle against strong opponents until they decide to pass it on to the next.

The channel follows the same principle: one person in our team decides to stream as "Showtan" and gets to broadcast whatever they prefer until they decide to pass it over to the next. With a different array of people and their preference of video games, expect a variety of games broadcasting on an active schedule!