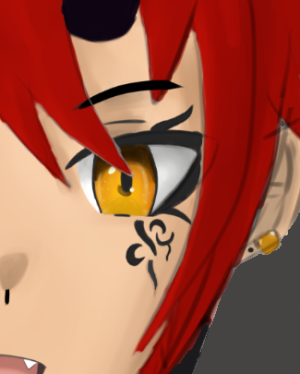 Sato is German Oni Vtuber who also is a Oni-Slime and streams in German and English as well.

A 5000+ years old Guardian Pillar Oni from another world who got transfered to this world. While transfering to this world he fused with the magic powers of a powerful demon who hits him witha powerful spell, which caused the transfer. The spell awaked some other powers within him transforming him into a slime and sealed away his oni powers. Now he is trying to get back his Oni powers.