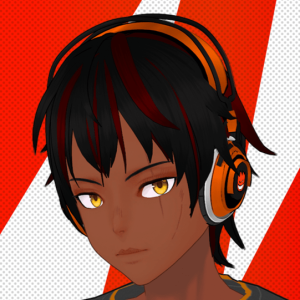 Saejima is a male Virtual Streamer who streams in English. He is a variety streamer who mostly streams Retro, Rhythm & Skateboarding games of all kinds. He occasionally has streams where he shows some of his favorite skateboarding video parts, most of which are from the early 2000's and late 90's. On top of that, Saejima also hosts a 5-hour Radio stream every Thursday with genres ranging from Old School Hip-Hop, Alternative & Punk Rock, J-Pop, and various Video Game OSTs.

Saejima is also a Speedrunner for "Sonic Adventure DX: Director's Cut" and "Tony Hawk's Pro Skater 1+2" currently being the sole VTuber within the top 50 for both games.