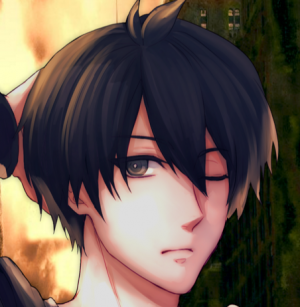 Rigel.CH is a Virtual YouTuber who makes content in English and Indonesian.

An mysterious being came from the other universe to learn about this civilization, he is interested in humans' internet, and become a VTuber. For his content, he does voice acting, telling a lore of his own journey, mystery, maybe singing, and random streams but not very often, he also play a casual indie games too.

Exoplanet in a universe far far away, there's a races that always conflict through the age, until a strange disease overcome the planet, there's no hope, so they're created a soldiers called "ALEX unit" to find a new lives out there, they are artificial creature, except for the last unit, number 9 Rigel, he was an half human, Alien Half Human, he forge a pact with his "creator". And he was tasked to learn a planet called "Earth", and overcome the "humans" knowledge. He's not alone, something evil is after him, will he survive?