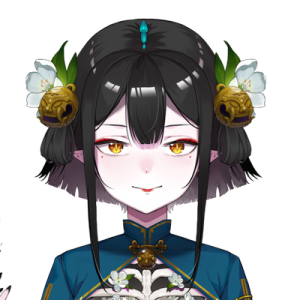 Qilou was a VTuber part of VirtuaReal, NIJISANJI's Chinese Liver branch. She was part of the 13th wave, along with Joi, Tocci and Kiti. She is over 10,000 years old. Her birthday is on 23 January. She is an Aquarius. She is 165 cm tall in her human form. She is 2392 cm tall in her true form. Qilou is the name of her species. She debuted on 9 May 2021.

On 9 May 2022, her first debut anniversary, Qilou retired from VirtuaReal after an announcement made by the staff on her behalf stated that "due to health-related causes, she had forever left [this world].", meaning she had died. Qilou's fellow 137 members also released a cover of "Virtual to LIVE" to commemorate her.