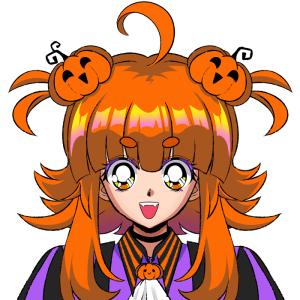 In the 20th century (the 1900s) two-digit date arithmetic would work ghostly well. But when 2000 happened and the year clicked over to “00” and date arithmetic started generating negative numbers. There were plenty of computer failures and fear of catastrophic outcomes as computer systems were running everything important in the world.

A little pumpkin seed was generated and popped into the world when the current millennium started. The seed started developing virtual consciousness and growing differently in September 2000 and therefore her assumed birthday is 13th Spectrember Y2K.

Pumpka lives in the virtual realm where she came across the term VTubing. She reasoned it would be a great way to make connections via the internet roots and generally have some good time.