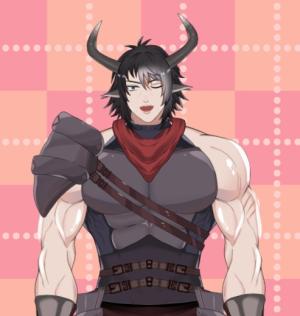 Pollux is a VStreamer on Twitch who aims to bring positive energy to every Mortal & Immortal watching!

His name is Pollux and does he have a story to tell!

Long ago, he was inseparable with his brother Castor and they were kindred spirits, thick as thieves, or any other term one can use!

Together, they were unstoppable! Not only were they one of the fittest of Olympus, but the two were cooperative kings when it came to video games!

Until one day, they had gotten into a fight with their cousins and as a result, Castor was really hurt! It was then that Pollux found out that they weren't completely alike. Only Pollux was the son of Zeus and Castor was the son of Tyndareus, the King of Sparta.

Talk about a twist!

Not all hope was lost though, as Castor was sent down to Hades to stay with his uncle, while Pollux resided on Mount Olympus. Now, he plays by himself and it's gotten pretty lonely. However, he aims to change that!