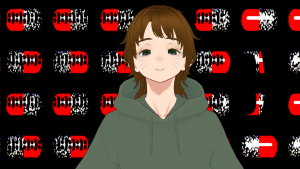 Pillz is a 22 year old dyslexic writer stoner smoking weed for his anxiety. Pillz is known for his low and comforting voice and kind aura. Pillz just wants friends...but he's kinda shy... He's new to this whole thing so be nice to him! He breaks easily but for some reason is drawn to danger and abuse...6'2in 190cm, Arts Degree from his studies in the UK, born in the USA, and bisexual.

Traveling the world, Pillz tries to absorb and get inspirations for his writings. Writer's block has been haunting him recently, and the only commissions he's getting as of late is a bunch of strange lewd requests...It's been weighing on his mind. Will his poems, songs, scripts, and stories ever be seen? He can only hope. Pillz escaped his family and now travels, living many places. He misses his brothers but not his abusive parents. He really just wants friends.