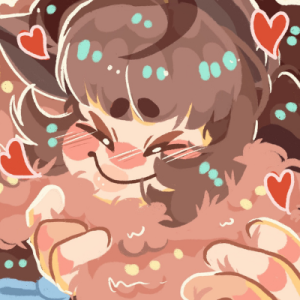 Oatmeal is a variety streamer who creates content on Twitch and YouTube, Oats is a independent streamer but you might catch them playing with others / viewers. Oats birthday is on the 12th of February (Aquarius), they are 5'8 (175 cms) tall!

Oatmeal suffers from memory lost, so it is hard for them to remember usernames or information you tell them. They also repeat their-selves a lot and they have a speech impediment so they may struggle with your username. Please give them sometime, they will get there in the end.

Oatmeal is a pirate, and a captain at that! They are the captain of golden pearl, with a lovely crew who are important to oats, and they would do anything for their crew. Oat's became a pirate when she returned to her home town, Wallow-dale burnt down. Not a single soul was left.

This cause Oat's wanting revenge, so they found others that wanted the same revenge as them. There were plenty that wanted Kitia Empire to end a horrible fate, like what they had to injure.