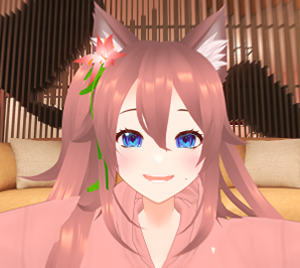 She was a stray cat, amused with the lives of the humans and their fixation with technology, she yearned to comprehend the lives of humans. along the path she would explore around in, she found a discarded monitor. the light was mesmerizing to her, so much that it felt that it was somewhat calling out to her, she touched it and with a blink of an eye she finds herself in a different world with a human body, with her hair turning pink from the transformation she found it oddly fascinating and started collecting objects of the same shade. Nekuumi from then on, studies about humans and goes to school to quench her thirst for knowledge and streams to interact with the human world.