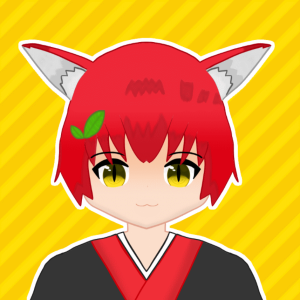 Nejprof is a male Virtual YouTuber and Streamer who makes content in Czech. He generally makes gaming videos especially from Minecraft.

He was born on March 30, 1801 to a lumberjack father and a fox goddess mother. In order for his mother to still be with him and his father, she had to give up her position as a god and become mortal. And since he was born just before that, he aged and had power of demigod. However, the mother died around 1920 and 19 years later World War II started. So Nejprof went to the mountains to shelter him for the night. He finally woke up one morning in 2022. Since then, Nejprof has been trying to fit into the social circle. That's when he stumbled upon a phenomenon called "VTubers", He figured that since he's a demigod, he can adapt his form to suit audience's wishes.