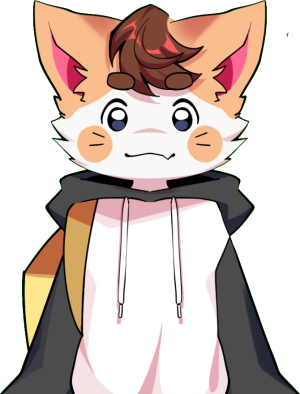 Nanners is a male Vtuber on Twitch who streams in English. He is 3ft tall, and weighs 57 lbs.

Once a natural boxcat, Nanners lived his life care free and laid-back. After failing to look both ways before crossing the street, he was hit by a car. Initially presumed dead, his body was shipped off to a group of scientists to research. Upon further inspection, it was found that Nanners was in fact, not dead, but UNDIEABLE. After countless hours of surgery, Nanners emerged as a new and improved version of himself, which was then hit by a car AGAIN and after even MORE hours of sugery emerged as the Boxcatboi we know today.