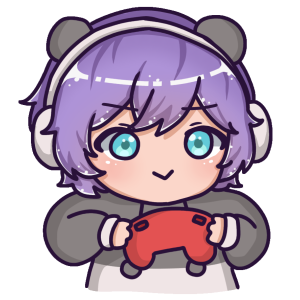 Moonie the panda has awoken from the land of the Bamboo Forest. He whom has lost his way but will find his way as he starts his journey with you! Together, we shall unite and build our kingdoms!

One night, there was a storm that struck the Bamboo Forest - sending Moonie flying in circles in the air and made him unconscious. The storm starts to fade away. As Moonie slowly wakes up under the night sky, he sees that the Bamboo Forest was destroyed and in ruins. Being in shock, he suddenly passed out again. When morning came, a cute little bunny passed by Moonie and saw that he was lying on the floor. The bunny poked him, but he wouldn't budge. This time, the bunny gave him a hard slap to his face and he finally woke up in surprise! Moonie saw the cute bunny and started blushing uncontrollably. As Moonie tried to turn away, he is reminded of how his home is destroyed. He feels devastated. Rina, the little bunny, has offered to help after seeing what had happened to the Bamboo Forest. Soon, they became brother and sister, and decided to look out for one another.